Some Kids (People) Are Just Mean

Take even a few minutes to be around a group of kids and you will inevitably hear something being said that will be taken as mean.
?Ew, you stink!?
?You?re stupid.?
?You?re not my friend anymore.?

While a child saying mean things can feel hurtful, it is important for children to be able to recognize the difference between someone being mean and them being bullied. With all the activity surrounding October as National Bully Prevention Month, it is important that we, as parents, teachers and self-defense instructors, know and communicate that difference and help kids understand it as well. 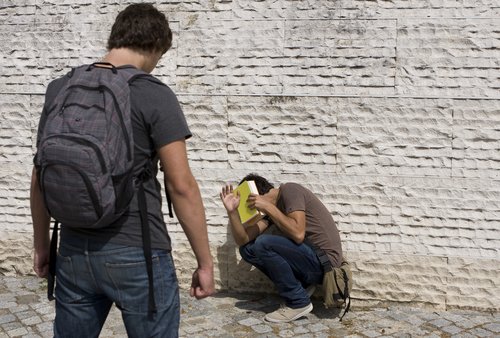 Bullying can be a major problem for kids. In a recent study, over 75% of students said that they had been bullied mentally, verbally, or physically at school. Over 280,000 students in America are physically attacked each month. Many students fear for their safety at school and over 30% of parents fear for their children?s safety. Bullying can cause chronic absenteeism and poor school performance. It is an issue that needs to be addressed.
But just because a kid says something mean or hurtful does not necessarily make them a bully. Bullying is typically characterized as a pattern of cruel or abusive speech or behavior directed toward the victim. The reasons kids bully are varied and not the intended topic of this blog post, but fundamentally, it is a behavior that is learned in their struggle to find their place in the world.

You?re not being bullied just because a kid said that you stink or that they?re not your friend anymore. Some kids are just mean. Some kid?s speech ?filter? may not work as well as yours. Some kids may not have learned how to communicate their ideas clearly and get frustrated and lash out. That doesn?t make them a bully?unless it becomes a pattern of behavior.
So how can a child know the difference between bullying and a kid just being mean?
One of the most important ways for children to discover that difference is to help them learn empathy. Empathy, or the ability to put yourself ?in another?s shoes? so to speak, is a powerful strategy for kids to learn so that they can get outside themselves and see things from the other person?s perspective. It can be helpful for kids to learn to think about what might be going on in the other person?s life to make them behave that way ? not to justify their behavior, or excuse it, but to begin to understand it.

The next lesson that kids can be taught that will be helpful is to always seek the truth in the matter. If a child feels another child is being mean to them, they should stop and think for a moment about what is actually being said and really look hard to see if there is any bit of truth there. Sometimes the truth hurts. No one likes to hear that they stink, but maybe they have a BO problem or suffer from halitosis. Wouldn?t you want to know if you did? Maybe they weren?t being a very good friend and that?s why the other kid doesn?t want to be their friend anymore.

When a child learns to stop and take an honest and unemotional look at themselves from another?s point of view and examine their situation to see if there is truth to what is being said to them, they can then take steps to empower themselves for change, if that change is wanted. It also empowers them to know if the other kid is just being mean because if there is no truth to what is being said – if what the ?mean? child is saying is baseless – then they?re just being mean.

None of these lessons serve to excuse cruel or abusive speech and behavior, but they can help kids learn to navigate the world of difficult people. Rather than shielding them and telling them that everyone should be nice to them, we need to teach them the realities of the world ? not everyone is going to like you, not everyone was brought up the same as you, and there are even those out there who would try and take advantage of you. Helping kids come to terms with these truths so that they are not surprised when it happens to them is a powerful tool to help them grow into mature adults.