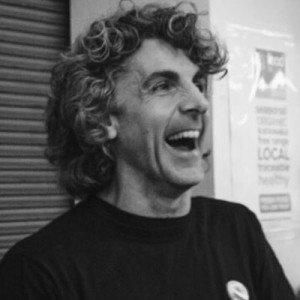 Despite being beset by all kinds of?logistical?challenges in the previous twelve months and a late (though?unrealized) threat of snow and storms, the United Kingdom and European Union FAST Defense Global Basic Instructor Certification Event – to give it its full, grandiose title – finally took place on the weekend of the 15th – 17th January in Staines, Middlesex, right next door to Heathrow Airport.

As we set foot in BIC candidate Haitham’s fantastic new matted studio, we were aware that it was a bittersweet achievement in many ways. We?were so very glad to?have finally made it to that opening circle with none other than the esteemed Mr. Bill Kipp as our lead instructor, but sad that it would be Bill’s final instructor certification after 30 years of developing, promoting and teaching FAST Defense. Still, we had Bill all to ourselves for the next 72 hours and there was nothing but a huge, excited buzz permeating the whole weekend’s proceedings.

The candidates included some very experienced martial arts and self-defense?instructor teams but, uniquely in FAST BIC history, a professional golfing coach (and former professional golfer) lead one of the teams! Not only that, we were happy to have in our midst Malcolm Jones, the very first FAST Defense instructor to have been certified by Bill in the UK nearly 15 years ago. The wonderful symbolism of his attendance at Bill’s final certification added something quite poetic to the mix (especially as he 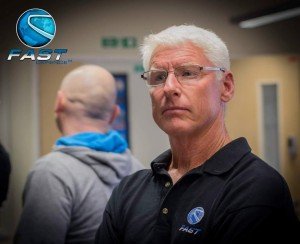 originates from the land of the bards, Wales!). The common thread was that all preconceptions and reservations about FAST Defense were blown away within a few hours of Bill taking us meticulously through the first steps of the Awareness module and feedback in the closing circle each day were nothing short of positive.

While all the teams?focused?on the high value of the Awareness and Boundaries modules, nothing beat that look in the eyes of the Predator candidates as they took their first shot to the groin protector. For those that haven’t seen that look, it says “oh my god, what am I doing here?” clearer than anything …

Warm congratulations to all the teams who certified: 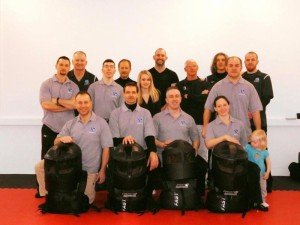 It was great to see the friendships and camaraderie grow between the candidates so quickly; by the Brazilian meal on the Saturday night (not what you think!) people who had been total strangers 48 hours previously were talking like lifelong friends. As Bill returned to the US on the Monday, to start his new venture, Shield2Shield Training, he was confident that FAST Defense had been left in capable hands in the UK and EU. FAST Defence Ireland have already delivered two Stop Assault FAST Level 1 classes while the other teams also have classes in their diaries. We’re looking forwards to collaborating with our?existing?colleagues in the UK, France and the Czech Republic and taking FAST Defense in the EU from strength to strength!